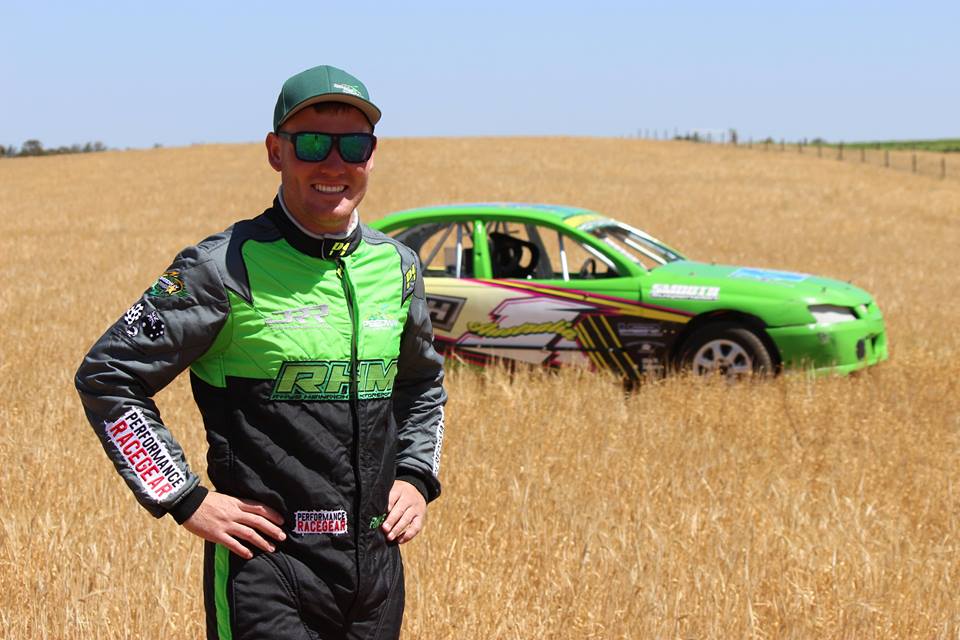 Motorsport's aversion to the colour green goes back to the 1920’s when Gaston Chevrolet, brother of Chevrolet Motors co-founder Louis Chevrolet was killed in a motor racing accident in a green car. After that, the colour slipped in popularity.

For 2017 Speedway Australia Rising Star graduate and current SSA Australian Street Stock Champion Rhys Heinrich, the colour green has always been his favourite. Heinrich fondly remembers his young days riding with his grandfather on the big green tractor, working the land around Loxton in South Australia, it was that memory he gained his affection for green.

“I have no superstition in regards to having my racecar green or wearing green, it’s simply my favourite colour. Our family has warmed to green since my grandfather’s early days on his John Deere,” Rhys reflects.

Rhys won his Australian Title at Kingaroy Speedway driving his bright green No. 48 Commodore, following on from another who shunned the superstition in sedan great Grenville Anderson, who also won Australian Titles with his car heavily green.

“We went to Kingaroy on a budget, my sponsors chipped in to get the car there and my crew paid their way,” Rhys said. “Even though we had been competitive locally we had no expectation on arrival.”

Rhys believes it was then focus and determination that saw him recover from a rear of the field penalty on lap 4 of the 40 lap A-Main to fight back and take the win. "I wanted to repay those who had invested in me getting to the title but after the race I was in disbelief. I just couldn’t believe we had won.” Rhys said.

Just 3 months on from that New Year’s Day win in 2017, Rhys was voted by his peers as a graduate of the Rising Star program, their Drivers Driver. The person they felt had contributed most in the spirit of the program.

This was a humbling experience for the now 24 year old Construction Machine Operator from Loxton North, deep in the Riverland region of the great Murray River.

A momento for the honour being a full custom suit from P1 Advanced Racewear presented by Mike Nairn of Performance Racegear.

“I would like to thank Mike Nairn and all who have committed to supporting such a fantastic opportunity as the Rising Star program,” Rhys said. “I was in ore of the Rising Star experience, to meet so many great Motorsport people and to be able to take away a mountain of information from the 4 day program, I can only recommend to all competitors 16-23 years of age to get their submissions in now for 2018 intake.”

Go to www.speedwayaustralia.org and click on the Rising Star icon for application process. Submissions close October 31.